A downloadable game for Windows, macOS, Linux, and Android

Cosmic Trading Crew is a space trading game where you travel the galaxy with your crew.  While you can play the game solo, the intention is to have a "captain" (an adult) with up to 2 crew members (usually kids).  Throughout your travels, you will encounter minigames that work best when you work together with your crew to complete the minigames.

The first time you play Cosmic Trading Crew, you'll need to make a captain.  The captain will have a password so you can login again to pick up where you leave off.  Once you've logged in, you'll see a Ship Code in the upper right corner.  This is the code you will use to have your crew join your ship.  Each crew member can open the game on their own device, then choose the Join Crew option from the main menu.  Enter the ship code to join that captain's ship.

The galaxy is broken up into sectors that are each in a territory.  To move between sectors, you can click on a Warp Button in the upper left section of the sector view.  Some sectors have stations where you can buy or sell goods.  Some sectors also have planets to land on.

2. Decode - When you attempt to dock at a station, you'll have to decode a message to enter the security code.  The captain will see 4 images that make up the encoded message.  The navigator has a mapping of images with a corresponding letter.  The captain and the navigator will work together to decode the 4 letters, then tell the pilot.  The pilot will enter the 4 letters of the security code in order to dock at the station. 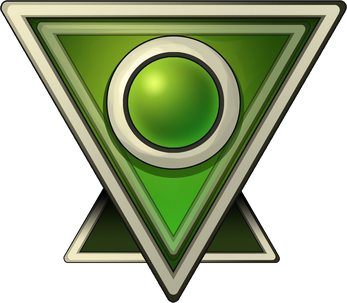